Rock posing all clean and nice before his PShA inspection. 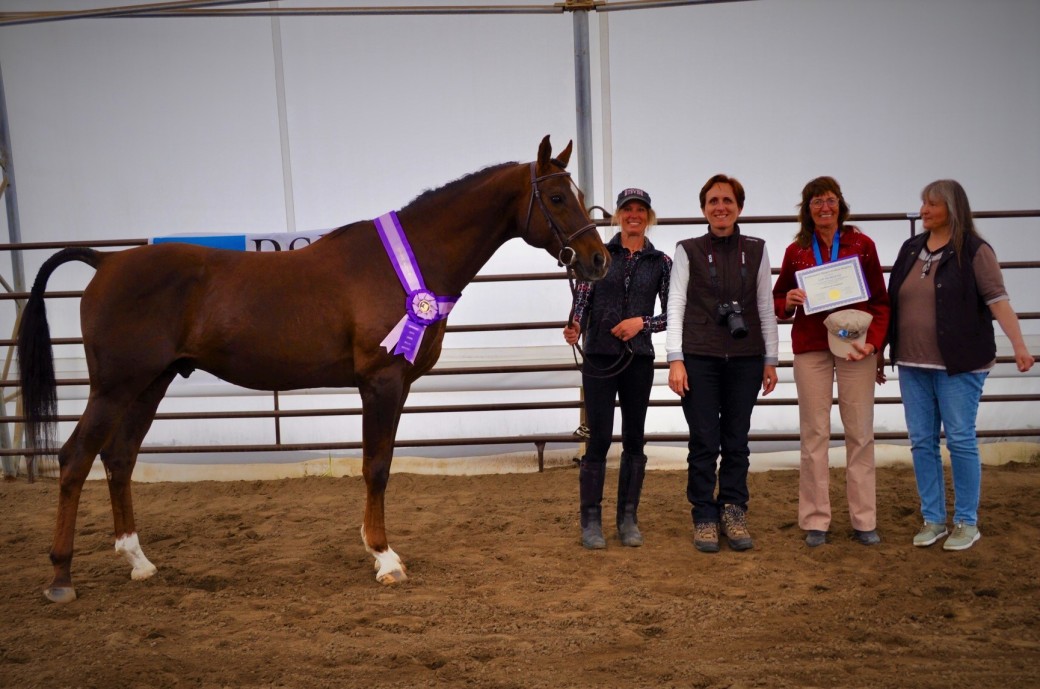 Rock with Celena, Carol and the Inspectors from the PShA.

SAR Tiki Rock On was born and raised at Sabiq Arabian Ranch. At seven years old, Ron and Carol sent him to Darlene Merlich, an experienced endurance rider, to be campaigned. Rock and Darlene hit it off famously and completed successfully for 4 endurance seasons. In that time Rock completed over 1200 endurance miles, earning numerous top tens and seven Best Condition awards.

Rock finished the grueling Tevis Cup in 2014, along side his full brother, SAR Tiki FS Warrior.

As a stallion on the endurance circuit, Rock was repeatedly complimented on his outstanding manners in camp and on the trail. Many riders commented that they didn’t even know they were riding alongside a stallion. The veterinarians at Bend Equine, where Rock is collected, always comment on how Rock is one of their favorite stallions to work with, due to his good manners and manageability. 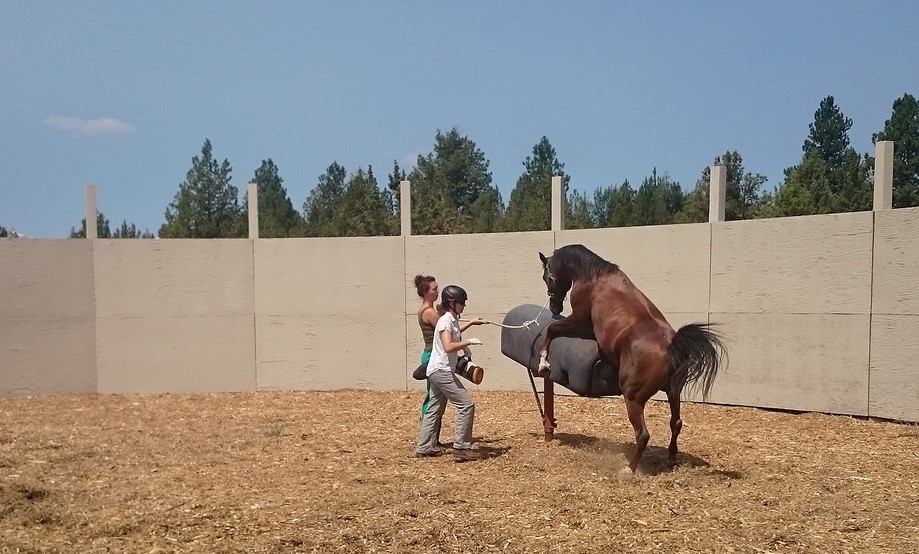 Rock loves Bend Equine. He doesn’t need a tease mare for his collections, much preferring the phantom.

Rock was injured in a tragic pasture accident in late 2015, suffering a proximal humeral fracture to his right shoulder. Against the odds, Rock has returned to riding and breeding soundness.

While he will not return to endurance competition, Rock is happy to be competing in Equine Trail Sports, doing some trail riding, and getting to chase a few cows, oh and breed a mare (or the phantom!) when asked.

Rock and Celena at the PShA Inspection

Celena and Rock at the PShA Inspection 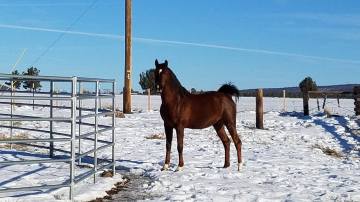 Rock goofing off in the winter snow. 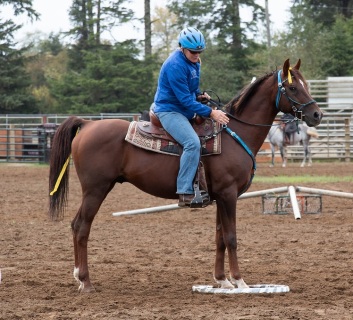 Rock and Darlene competing in an ETS event. 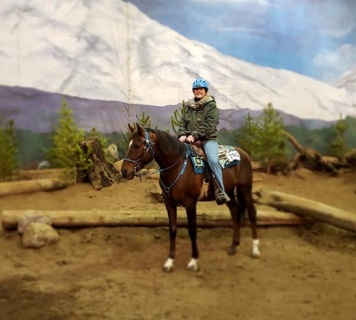 Rock and Darlene working the trail course at the Oregon Horse Center.

Rock and Darlene competing in an ETS event. 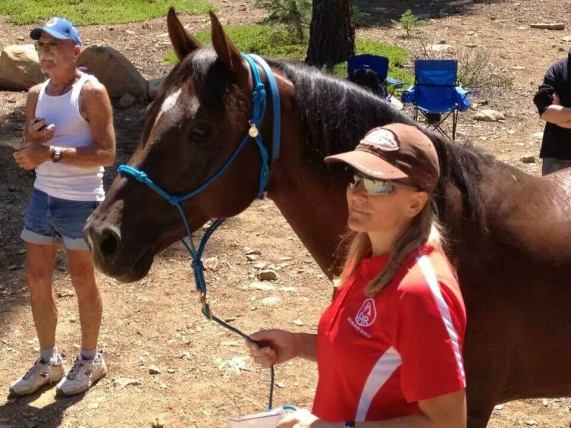 Rock and Darlene getting set to vet in at the 2014

Rock and Darlene at the Old Selam Ride, in Idaho.

Rock and Darlene at the Aspen Lakes Ride in Oregon.

Rock and Darlene at the end of a ride in Oregon.

Rock has tested negative for all congenital syndromes.